As 2014’s Human Rights Day comes to pass, we are reminded of the great sacrifices that people have made this year to obtain fundamental freedoms and human rights across the world, and particularly for the human rights heroes who live daily under the Chinese government’s extraordinary and brutal repression.

We honour the many Human Rights Heroes standing up to China to demand rights of Chinese people, Tibetans, Uyghurs, Southern Mongolians and the people of Hong Kong. We pay special tribute today to China’s jailed Nobel Laureate Liu Xiaobo; honour the extraordinary courage of jailed Tibetan Buddhist leader Tenzin Delek Rinpoche, whose health is reportedly deteriorating after a decade in prison; Uyghur scholar Ilham Tohti, who received a life sentence in September this year [5]; Southern Mongolian activist Hada, who remains incarcerated in a black jail 19 years after his detention; and of course the youth leaders of Hong Kong’s Occupy Central movement, including Joshua Wong, notable for leading fellow Hong Kong students in a massive protest in 2014 that demanded genuine universal suffrage.

These extraordinary Freedom Heroes are representative of the thousands of Tibetans, Uyghurs, Chinese, South Mongolian and Hongkongers who are striving for truth and justice, and whose resistance will endure until we are all free.

A defender of cultural rights and political participation for Mongols. Sentenced to 15-years in prison on politicised charges of “separatism” and “espionage” is believed to be under house arrest after his scheduled release in 2012. His whereabouts are unknown. Read More

A Uyghur economist serving a life sentence in China, on separatism-related charges. He is known for his research on Uyghur-Han relations and is a vocal advocate for the implementation of regional autonomy laws in China, and was the host of Uyghur Online, a website that discusses Uyghur issues. Read More

A highly respected Tibetan religious leader, has been in prison for 12 years, serving a life sentence for a crime he did not commit. Recent news indicates that Tenzin Delek Rinpoche is in very ill-health, with a heart condition, high blood pressure, and other worrying medical issues. Read More

Chinese literary critic, writer, professor, and human rights activist who called for political reforms and the end of communist single-party rule took part in the student protests on Tiananmen Square in 1989. For over twenty years, Liu has fought for a more open and democratic China. He demands that the Chinese authorities comply with Article 35 of the Chinese Constitution, which lays down that the country’s citizens enjoy “freedom of speech, of the press, of assembly, of association, of procession and of demonstration”. Liu Ziaobo is currently serving an 11-year prison sentence on charges of “spreading a message to subvert the country and authority,” Read more 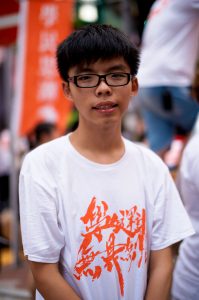