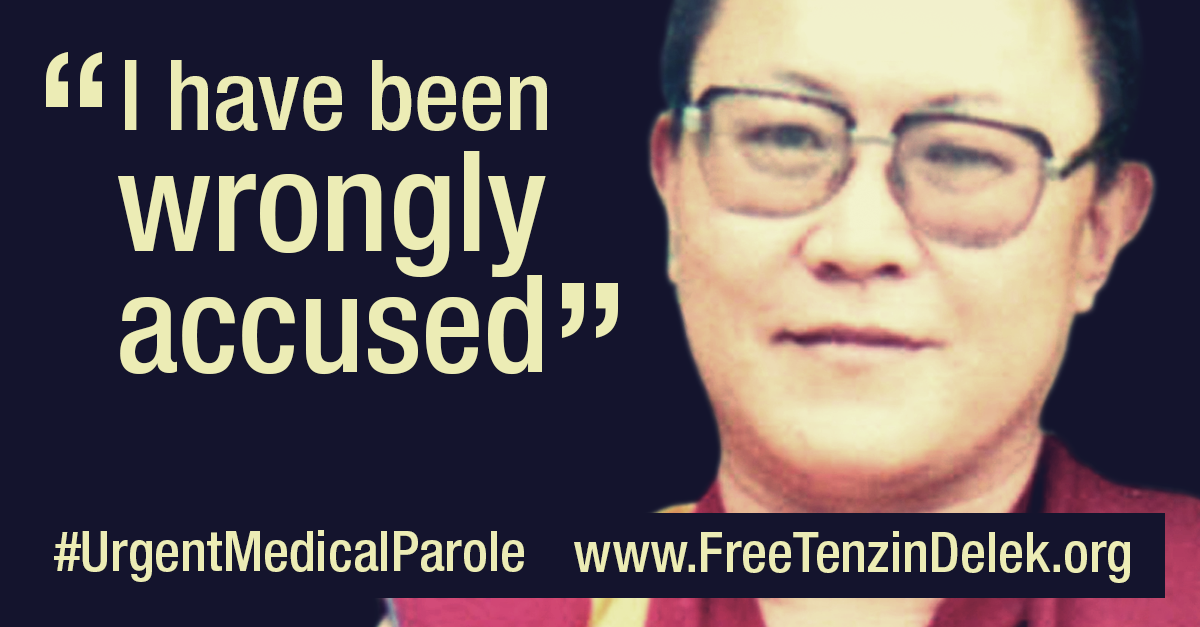 Plus we have integrated 2 premium sliders, infinite colors and a very friendly to use theme options to easily customize your theme!
Take Action NOW 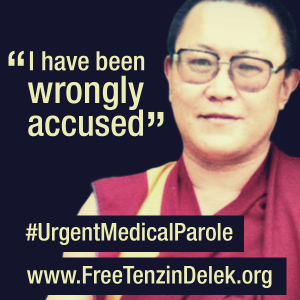 Arrested on 7 April 2002, Tenzin Delek Rinpoche was held incommunicado for eight months from the day of his arrest until the time of his trial. Moreover, he had no access to the lawyer his family appointed for him, and despite his final conviction, no court documents have since been released, shrouding the proceedings in secrecy5.

After sentencing Tenzin Delek Rinpoche reportedly began a hunger strike to protest his unfair trial and the treatment he received in detention, which sources say include him being tortured by being shackled hand and foot and suspended from above.

The level of violence directed at Tibetan political prisoners is frequently extreme and results in Tibetans being left with severe scars following a period of detention, including paralysis, the loss of limbs, organ damage, and serious psychological trauma6. Often Tibetans whose lives might have been saved following torture die because of deliberate withholding of medical treatment. This is in contravention of both international and Chinese Criminal Law regarding medical access for detainees.

Tenzin Delek Rinpoche is not a criminal – he is a prisoner of conscience.

Tenzin Delek Rinpoche’s imprisonment “was the culmination of a decade-long effort by the Chinese authorities to curb his efforts to foster Tibetan Buddhism, his support for the Dalai Lama as a religious leader, and his work to develop Tibetan social and cultural institutions. His efforts had become a focal point for Tibetans struggling to retain their cultural identity in the face of China’s restrictive policies and its continuing persecution of individuals attempting to push the accepted boundaries of cultural and social expression.”7

His treatment by Chinese authorities has been nothing short of a vicious act of cruelty.

“I am completely innocent… I have always said we should not raise our hand at others. It is sinful… I have neither distributed letters or pamphlets nor planted bombs secretly. I have never even thought of such things, and I have no intention to hurt others.”

Before his arrest, Tenzin Delek Rinpoche sought to strengthen the Tibetan community, including by building schools, monasteries, and medical facilities, and by reaching out to the poor. Tenzin Delek Rinpoche supported the Dalai Lama, developed Tibetan cultural and religious institutions, and was also active in environmental protection, speaking out against deforestation practices that were harmful to the local community. Tenzin Delek’s activism on this range of issues made him a target of the Chinese authorities, who for ten years attempted to limit his work and influence.

His influence remains strong despite having spent many years in prison. In 2009 over 40,000 local Tibetans in Lithang signed their names to a petition urging the authorities to release Tenzin Delek RInpoche. Signing the petition with a thumbprint of red ink, every single one of the 40,000 Tibetan signers was aware of the risk to their freedom and perhaps their lives by speaking out for the Tenzin Delek Rinpoche.

5 Report of the Special Rapporteur on the independence of judges and lawyers, Leandro Despouy, 2005, http://daccess-dds-ny.un.org/doc/UNDOC/GEN/G05/129/86/PDF/G0512986.pdf?OpenElement
6 International Campaign for Tibet http://www.savetibet.org/newsroom/torture-and-impunity-29-cases-of-tibetan-political-prisoners/#sthash.O4sqWf3K.dpuf
7 Human Rigths Watch, Trials of a Tibetan Monk, http://www.hrw.org/reports/2004/02/08/trials-tibetan-monk